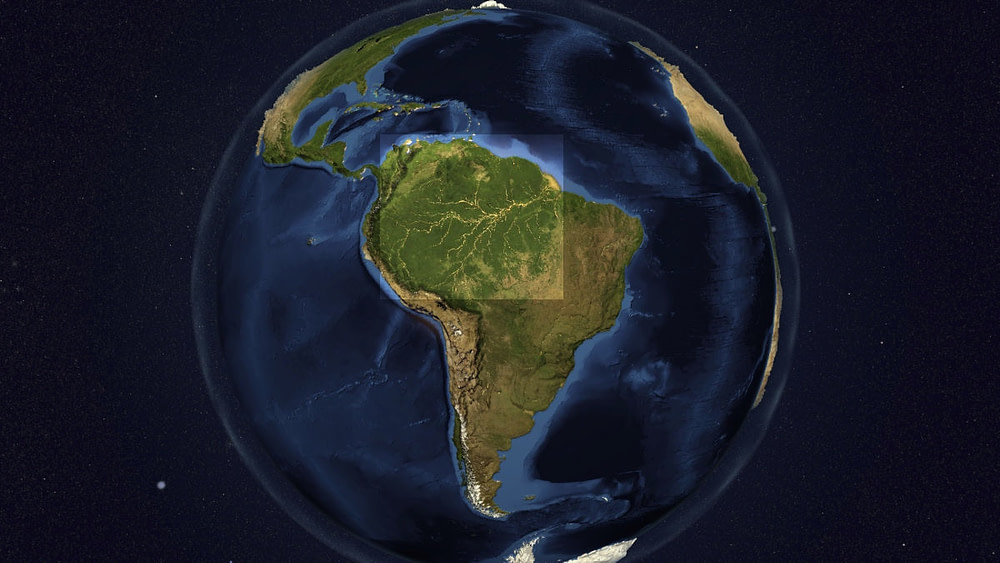 On a world map, the Amazon appears near to island states in the Caribbean. Its basin covers more than twice the area of the Caribbean Sea. In contrast, over one-half of thirteen states around this sea rank among the smallest on earth. More than a map can show however, the Amazon and Caribbean regions play similar global roles.

Loss of the Amazon endangers life on earth. Yet, within memory, vast tracts of rainforest have disappeared. In the 1960s, there was a single highway in the Amazon. Today, the region has “countless roads” and is “about 20% deforested.”  ((Ibid.)) In view of that loss, it is easier to understand the Amazon than the Caribbean. Territories so small that several can fit together into metropolitan London compare unfavourably, for instance, with the profile of London. Centuries of effort to measure, analyse and report on achievement there have assured that city a place in the public mind. Relative to the Caribbean, however, there is little awareness and less understanding.

The issue goes beyond size. It is far easier to calculate a link between the Amazon and the atmosphere than it is to see the connection between the Caribbean and life on earth.

In this context, modelschools.live argues that the size of Caribbean states and territories belies their vast significance for human welfare.

These states appear on the map, north of South America and the Amazon basin.

Click here for a list of English-speaking states to which this blog draws attention. French, Dutch and North American territories, and other island territories in the Caribbean appear as well.

Note, however, this list of Caribbean islands is not exhaustive.

Long Time in the Caribbean
Previous
Next