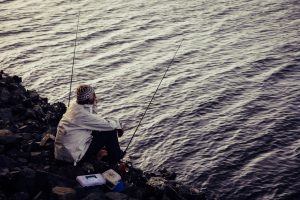 W​aiting does not usually take so much time. ​​Yet, for nearly two centuries my church has waited​, ​strangely enough, for the end of time! From age twelve, ​that long waiting puzzled me. ​ 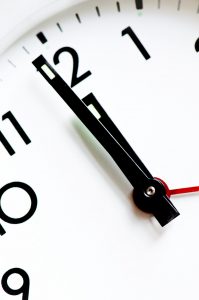 Stephen Hawking, late Professor of Mathematics at Cambridge University wrote the classic, A Brief History of Time. Hawking's interest in time led him to study the phenomenon of Christians caught in a long wait for time to end. That wait coincides with the lifespan of an organisation now seen simply as a church. But there is more to Adventism than ​appears on the surface.

William Miller calculated "the Second Coming" would happen between March 1842 and March 1843. When that ​time passed normally, Miller extended his forecast to October 1844. However, time continued to pass ​the way it always does. Miller's explanation of the non-event fascinated Hawking.

Miller believed 1844 was the start of the Second Coming. But first, "names in the Book of Life had to be counted. Only then would the Day of Judgment come for those not in the book." Over a century after Miller's predictions, Hawking noted wryly, "the  counting seems to be taking a long time."1

Significantly, Miller then helped found Seventh-day Adventism, an organisation symbolic​ of the age-old struggle against time.

Time itself conspired against what, in 1845 an eyewitness ​remembered as "three preachers… all penniless, with less than one hundred adherents, all of whom are destitute of money.” With a few hundred leaflets in hand, the​ three aimed to reach “all the world.” ​Assessing their prospects for success one bystander quipped, “it will take you 144,000 years to do what you propose.”​2

As time passed, Adventism incorporated. But its reliance on preaching, ​ mass distribution of printed material and door-to-door book sales ​meant ​it did not ​thrive, ​or reach the world. ​​When, sixty years after hearing ​it, ​the church's first historian rec​alled the​ reference to ​144,000 years, ​Adventis​ts numbered ​80,000.

​Re​calling the​ bystander's words, Loughborough noted new observers saying, “From the energy and zeal with which they work one would judge that there were two million of them.”​3 Yet, ​the ​energy and zeal of 80,000 members ​could not ​compare with the achievement of one​ individual in Bristol, England, ​​who ​mo​delled success,​ struggl​ing against time.

​My birth, in 1950, came at a significant stage in that struggle. ​Adventism's sense of time ​coinci​ded with an apocalypse as pictured on the Doomsday Clock. ​The Bulletin of the Atomic Scientists ​pointed to a threat ​as urgent ​as Miller's end time announcement a century earlier:

The hands of the clock… stand at two minutes to midnight… the clock is intended to be symbolic. Wishing will not stop the clock. The Bulletin may be wrong. It may actually be one minute—perhaps seconds—to midnight.4

Atomic scientists alarmed an Adventism  still ​​notably small, with 500,000 followers worldwide and only half that total in North America​. ​To double its numbers​, it renewed tent ​meetings started during the Miller years. ​As it had done in the 1880s, it arr​an​ged mass distribution of printed material. ​At the same ti​me its pre​acher​s alerted Londoners and New Yorkers in particular, and the world in general to an oncoming apocalypse.

​In contrast with ​measures taken to ​grow its ​membership, evidence appears ​of effort to ​permit Adventism to ​manage its​ ​long wait.​. ​​Parallel to the initiatives of George Muller in Bristol, England, Adventist founders ​in Michigan modelled ​unconventional work​ that ​​​​changed the ​long wait into something else. 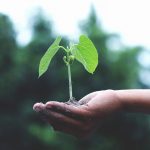