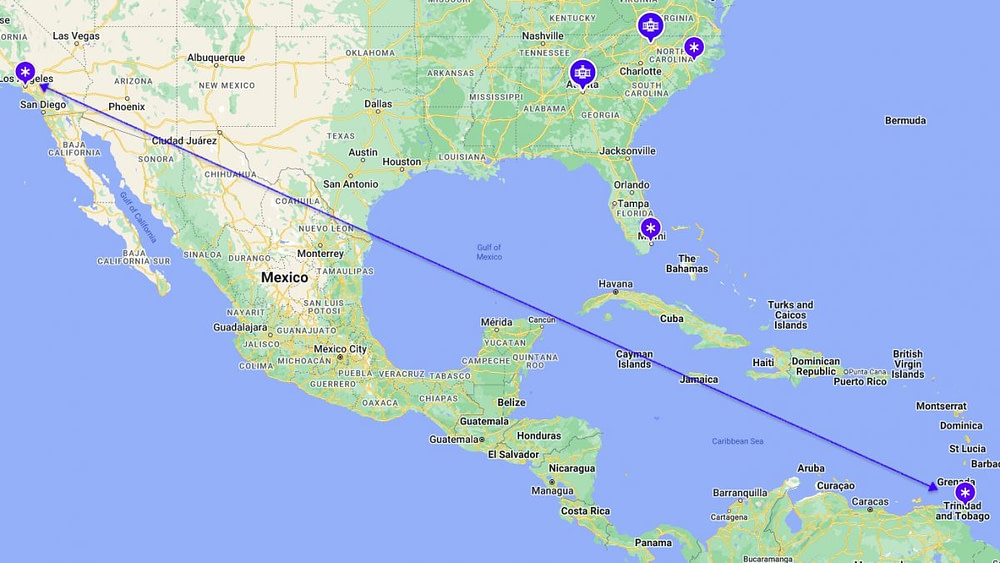 This post is the first of several dedicated to Florence, my late sister, whose life centered on teaching. She was the first of eight siblings. This series spotlights the unique role parents such as Isabella and Alpheus Scobie played in Florence's formation and my own, and in the long sweep of history, in the making of the Caribbean.

The author is sixth of the Scobie siblings

Tropical growth showing roots in water medium, on a windowsill, in winter

There are lives too valuable to be forgotten. Lives that rob our existence of meaning when we permit others, as Wordsworth put it,

to fold their tents, like the Arabs,
And as silently steal away.

Florence lived such a life, rooted further from Victor Valley, where she died in San Bernardino, California, in November 2022 than the flying time of ten hours from there to Trinidad and Tobago would suggest. Her roots reached further and deeper than geography can measure.

Florence’s life rooted in a confession made by her father, Alpheus Scobie:

“I have no house or land, and no bank account to leave you. People can take that away. But I will do my best  to give you an education. No one can take that from you.”

Such a confession resonated in her father’s religion. His words mirrored Seventh-day Adventism where, one boy said of the fifties, “finally the idea came in that while houses and lands would be left behind when the Lord comes, brains would be taken along.”

For Florence, time extended what geography could not measure. She was a child of the 1950s, in Trinidad and Tobago. However, the boy who said, “brains would be taken along” was born in the 1850s in the American mid-west, home of Adventism, .

Condolences and sorrow are welcome and appreciated. But time and geography make Florence the teacher much too significant a life to be forgotten.

Long Time in the Caribbean
Previous